Their vision is to provide a hotel like experience in the workplace. 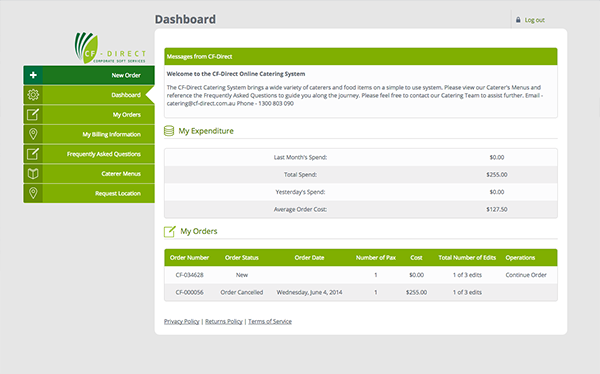 The existing online catering system constantly had issues with orders being dropped half way through the order.

Compatibility issues with Internet Explorer 8 needed to be considered heavily as most of their clients where using that browser.

Allow the users to clone their orders once they were made so that multiple functions were ordered for quickly.

The orders were saved in steps so that should a connectivity issue occur the entire order would not be lost.

Compatibility with Internet Explorer 8 was maintained with minimal issue reported from the users of the system.

Love what we did on the CF-Direct Online Catering project?